Data on this map is subject to change. This map is updated on a regular basis. Keep checking back for subsequent updates. 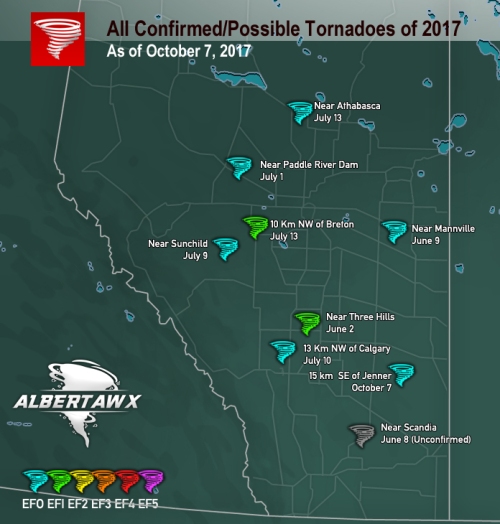 2. June 9 / 17 | Near Mannville | EF0
No damage reported. Confirmed by Environment Canada as a landspout tornado.

June 8 / 17 | Near Scandia (34 km SW of Brooks)
At least one video was taken of a funnel cloud with a visible debris cloud near the ground. Environment Canada acknowledges the report but as of June 10th, has not yet been confirmed. 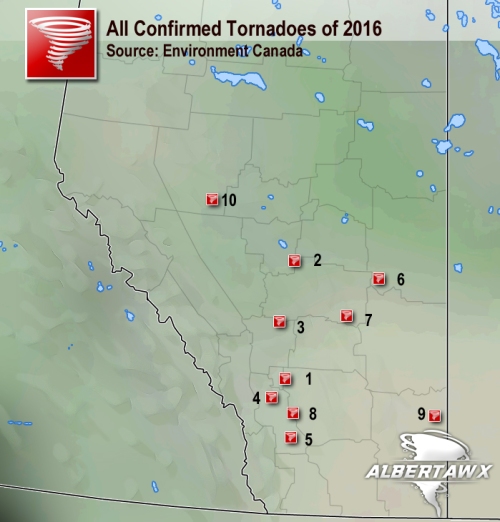 *As of the end of 2016, Environment Canada confirmed a total of 15 tornadoes. These additional events have not been included due to insufficient details being released.